It's 100 years since SOS came into force across the world as the standard signal for ships in distress. But times have changed in the rescue business.

Before the advent of radio if your ship got into trouble on some far off stretch of roiling sea, that trouble was not easy to get out of. Communication off the ship could only be achieved with other ships within distance, using either lights, flags or flares.
If you were in dense fog or in a howling gale far out at sea, and you started taking on water, the first communication most sailors would make was heaven-wards. At the tail end of the 19th Century, radio changed that. It's easy to forget today, but in the early days of radio there was no voice. If you wanted to say you were in trouble, if you wanted to say anything in fact, you had to do it through morse code. The code had been born after the advent of the telegraph and when the telegraph went "wireless" it continued in the new format. "In the early days when they were sending a radio signal there was no way of modulating. The only thing you could do was turn a transmitter on or off," says Carlos Eavis, amateur radio manager of the Radio Society of Great Britain.

Wireless telegraphy - or radio as we prefer to style it now - had its biggest early impact on maritime communication. Ships had been working out ways to communicate with other ships for centuries, but radio opened up the possibility of reliable communication with ships that were out of sight for the first time. And the most important of all calls that a ship's radio operator could make was a distress signal indicating the vessel was in danger of sinking.
But if your ship got into trouble on its Atlantic crossing in the early years of the 20th Century you wouldn't necessarily have signalled SOS. Before SOS there was CQD. The story is told in Karl Barslaag's 1935 book SOS to the Rescue. British radio operators on ships tended to have come straight from work on land-based telegraph and brought their signals with them. CQ was a general call to demand attention from all stations, preceding a time signal or other announcement. The Marconi company, the dominant power in early radio, suggested this signal be appended with a D to work as a distress signal. It didn't stand, as many have imagined, for "Come Quick Danger", merely indicating "attention, distress". But there was a problem. Dash-dot-dash-dot, dash-dash-dot-dash, dash-dot-dot was not the easiest combination to pick up. "It was too easy for someone to hear the C and the Q and not the D and ignore it completely and that happened on more than one occasion," says Mr Eavis.

At a conference in Berlin in 1906 the international wireless telegraphy community got together to try to agree something that would be both internationally acceptable, and impossible to mistake. The Italians were using SSSDDD, but it was the German suggestion of SOE - dot-dot-dot, dash-dash-dash, dot - that caught the imagination. But it was felt that it suffered from the same problem as CQD. The E, being one dot, could easily be missed.

Eventually the conference plumped for - dot-dot-dot, dash-dash-dash, dot-dot-dot - a signal that is hard to mistake for anything else in the world of morse. "SOS is very simple you are not going to hear that at any other time," Mr Eavis says. But it needn't have been SOS of course. Being broadcast without a pause, the combination of dots and dashes could also have been read as IJS, SMB, or VTB. SOS won the day, coming into effect on 1 July 1908.
Since then it has stormed into popular culture, littered a thousand newspaper headlines and prompted numerous "backronyms". According to who you believed it was Save Our Souls, or Sinking Of Ship, or Send Out Succour or Save Our Ship. "None of which is correct," says Mr Eavis. "It doesn't stand for anything. It's simply non-stop, there are no spaces." It is believed the first ship to have sent out an SOS signal was the American steamer Arapahoe in 1909. When the Titanic was sinking in 1912, its operator first sent out CQD and then SOS, alternating. CQD persisted, particularly among British operators, for many years.

But SOS was a landmark in global communication. In the intensely political world of early radio, the technological powers-that-be had been able to agree on something that would save lives, instead of going their own way. The 1906 conference in Germany was also a landmark for agreeing - against the vested interests of firms like Marconi - that communication should be possible between all stations using all systems.
And the legacy of the internationally co-ordinated attempt to save lives by standardising the way rescue was requested has been developed over the last century. But the humble SOS morse signal has lost its dominance. "The days of morse have long gone," says Humberside Coastguard watch manager Andrew Mahood. Instead, the Coastguard in the UK deal with half a dozen main avenues of distress call from on board vessels:

VHF radio call: Use channel 16 and start broadcast with "mayday, mayday, mayday". Then give details of identity, position and situation. Other users will keep channel clear and hasten to the location.
Digital selective calling: Automated button push system on many ships to indicate distress, allows inputting of reasons and automatically transmits position
Satellite phone call: Dial 999 or other emergency services number
Release of a beacon: Emergency beacon can be released which will broadcast position, other beacons automatically activate on contact with water
Mobile phone call: Call to 999, or the European-wide emergency number 112, or text message to someone who contacts Coastguard

But all hope is not lost for the SOS. Even Mr Mahood - who has not dealt with a morse SOS for eight years - concedes there are times when dot-dot-dot, dash-dash-dash, dot-dot-dot might be the only way.
"Morse still can be used if a person's on a boat and the radio's not working, then they will use the good old Mk I torch." It is certainly no more far-fetched than those who text for help. "We had a distress call from the Singapore straits," says Mr Mahood. "A woman texted her boyfriend who was in Yorkshire who sent us an e-mail we then got in touch with the Singaporean coastguard." And in Hardy Boys-style survival situations where you've crashed in the Andes and you need to improvise a transmitter, morse SOS will be your salvation.
But for the most part the art of morse communication and the heritage of the SOS, is carried on by the amateur radio community in Britain, the US and elsewhere, still scanning the airwaves. 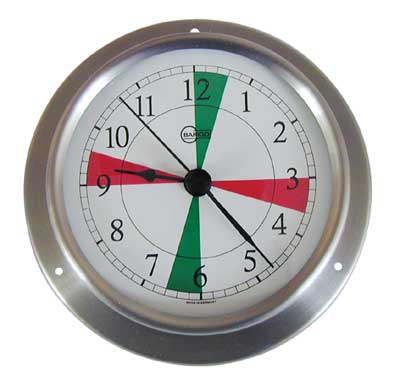