Why we're still ga-ga for radio

As radio audiences reach new highs, BBC broadcaster Libby Purves celebrates the 'invisible' medium that has enriched our lives more than any other 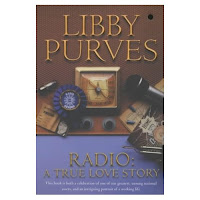 The 1929 BBC Handbook was untroubled by controversy. Seven years on from its first cracklings, John Reith's pioneers were still drunk with the glory of it all. "Broadcasting, that magical agent," they wrote, "has made available by means of comparatively simple apparatus and at next to no cost the finest things there are to hear."
Meanwhile C. A. Lewis, Reith's deputy, spoke of the aerial posts "like spears against the sky", as sounds were carried "along the roadsides, over the hills, brushed by trees, soaked by rain, swayed by gales … [to] the shepherd on the downs, the lonely crofter, the labourer in his squalid tenement, the lonely invalid on her monotonous couch". Grim old Reith himself put it more succinctly: "There are two kinds of loneliness: insulation in space and isolation of spirit. These are both dispelled by wireless."
It was a romantic, almost knightly vision; and, of course, we may laugh a little. There is plenty to amuse in the pious idealism of early BBC: the famous light-entertainment diktat barring the word "basket" and jokes about "animal habits e.g. rabbits… ladies underwear e.g. winter draws on". Committees fired off memos warning against George Formby's Little Stick of Blackpool Rock. We may laugh, and be triumphantly aware of our technological advantage: TV, internet, digital news and amusement twittering from a million phones. We may resignedly accept that the relevant BBC supremo is now "Director of Audio" rather than Radio.
But the simple apparatus, even cheaper now unless you go digital, has not passed into history. Radio wins more listeners each year. In a complex crisis, people want news: where do they turn? To the Today programme, now attracting its biggest audiences since 2001. The rest of Radio 4 is also at a six-year high, pulling in nearly 10 million; on Radio 2, Wogan's happy witterings draw more than eight million every weekday. The medium refuses to atrophy: we remain in thrall to a form of entertainment born when corsets were whalebone and horses pulled the plough.
What a radio set does today is – more portably – exactly what its Reithian ancestor did. It brings you voices, sounds and music out of the air. It does not presume to make you sit still and stare at it; it does not make your brain ease into flat, suggestible alpha waves as television does. It can shrink to the size of a credit card or boom from speakers good enough for Mozart; it comes with you in the car, in a pocket, round the house, on the bus.
Using only sound, radio stretches the imagination and makes the listener its partner. A humble plastic box can introduce you to writers, ideas, arguments, facts, music and atmospheres you might not encounter in two lifetimes. Speech radio, in particular, is a curious medium: more vivid than print, bringing ambient noise and atmosphere, conveying tones and breaths and hesitations and tension in the voice. It is indifferent to the artifices of appearance. Sometimes, listening to a politician or panellist on television, I close my eyes to judge them better. Take away Tony Blair's beguiling grin and he always did sound like a ham.
It is a great medium for denying the empty cult of celebrity: watch a screen talk-show and you are at least partially mesmerized by Hollywood glamour. On the radio you judge more squarely ("Who on earth is that giggling idiot?"). Radio is democratic, portable, open, free to hear and cheap to make. It is a pocket university.
We have been lucky, in Britain, that it grew up as it did, falling into the hands of idealists and funded as a service rather than an advertising medium. Lucky, too, that those pioneers understood that, as Reith put it, people cannot always be listening to "grand" things. The radio has been a nursery of drama – from Shaw and Priestley to Lee Hall – and the place where the best comedy is born. Radio has fostered comic genius: It's That Man Again and The Goons, Hancock and Horne, Alan Partridge, Arthur Smith. Little Britain was a lot funnier on the radio than it has been since. When it comes to news, radio asks sharper, deeper questions than television because it has no pictures to dwell on.
Of course there is bad and brainless radio – how could there not be, when it is so cheap and easy to make? Of course (don't we know it) there is cruel, laddish radio. Even the more intelligent networks sometimes foul up, bore you rigid, or give airtime to nitwits. But by and large, speech radio in Britain is a marvel: civil, unpatronising, unpompous. Reith's ruling still holds: "Unaffected simplicity of utterance alone gets over". Even the most reputedly sedate station, Radio 4, has opened immense worlds: stupid people deride it as "middle class" (Did you hear all those pipefitters and builders on Any Answers? yesterday?). Where else would you have learned so graphically about women's lives under the Taleban? How else become aware of a hundred social scandals via File on Four, or entered the daily lives of sea-pilots, burlesque strippers, biochemists, cycle couriers?
I have been a listener far, far more than a broadcaster, and acknowledge the debt. Television tends to steal your hours while radio doubles them. We are all tied to lonely physical drudgeries: driving, housework, cooking, dressing, searching for lost socks. Yet all the time the humble apparatus fills our mind with stories, ideas, sounds and jokes and meditations. And the hours need not feel wasted or lonely after all.

Radio: A True Love Story by Libby Purves is published by Hodder & Stoughton