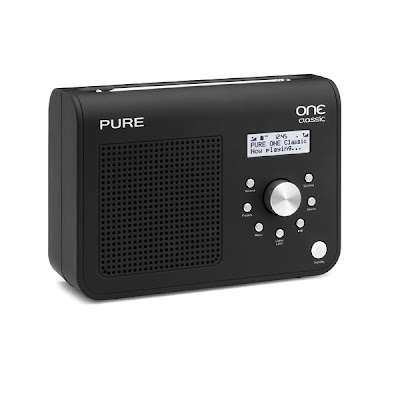 London, UK, 8th September 2011: PURE – the world leading radio maker – presents ONE Classic Series II, the third generation of the biggest selling digital radio in the world, which has been updated with ‘Listen Later’, a new and easy way of saving a favourite radio show and listening to it at the user’s convenience.
Listen Later allows the user to set their ONE Classic Series II (SRP £64.99) to save a favourite programme daily or weekly, on week days or weekends, or once-only, and listen to it later. The user then chooses which programme they want to save by selecting the Listen Later button to set the time, duration*, regularity and station.
The user can simply and easily enjoy their favourite programme at a time which suits them through their radio. When playing the programme the user can pause at any time, and automatic bookmarking means that if they only managed to listen to part of the programme, they can start again from where they left off.
Listen Later is perfect for fans of programmes such as the Archers, Just a Minute or Woman’s Hour on BBC Radio 4, Dennis and Gnasher on FunKids, the Worship Hour on Premier radio or the Wonder Years on Radio 1.
Says Clive Dickens, Chief Operating Officer of Absolute Radio: “PURE’s Listen Later is a great new feature for our listeners as it will enable them to save and never miss a popular programme like Ian Wright’s post commentary football analysis on Absolute Radio Extra, his Wright’s 90s Show on Absolute Radio 90s or Frank Skinner’s unmissable Absolute Radio Saturday morning show. You need never miss your favourite shows ever again”.
Says Gregory Watson, Managing Director of Fun Kids: “PURE’s new Listen Later feature is a great idea and perfect for busy families who don’t want to miss an episode from one of our series like 'Professor Hallux Builds a Body' or the latest instalment of a great story serialisation. This is a great way of ensuring parents can fit in listening with their children at a time that suits them.”
ONE Classic Series II also boasts improved audio performance including adjustable bass and treble settings, and a luxurious, satin-touch finish in black or white, so it looks and sounds fantastic wherever it’s listened to.
Other features include FM, an easy to use tone or radio alarm with sleep timer, kitchen timer, pause and rewind of live digital radio, 30 station presets, Intellitext which gives listeners on-demand access to text from participating stations on sports, news, or traffic reports, textSCAN, which lets listeners pause and control scrolling text and an input for their iPod/ MP3 player.
ONE Classic Series II is an ideal travelling companion, providing up to 30 hours of portable listening per charge when fitted with the optional rechargeable fit-and-forget ChargePAK (£34.99). The radio also can be powered with six C Cell batteries.
ONE Classic Series II is also part of EcoPlus, a statement of PURE’s ethical philosophy and ongoing commitment to looking after the environment. All PURE products are designed to minimise their environmental impact and manufactured in ethically approved and audited facilities. They have reduced power consumption in operation and standby, use recycled packaging materials, have the smallest possible packaging and components selected to minimise environmental impact.