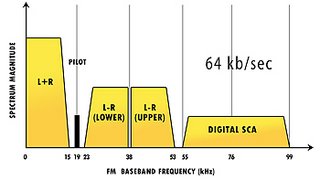 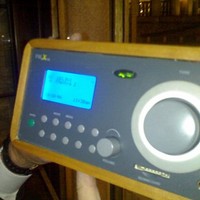 Road-Testing the FMeXtra
Author Tries System in Minnesota , Says It Has ‘Much Potential’
by Tom H. Jones, 11.08.2006

ROCHESTER, Minn. As a pioneer FM broadcaster from the mid-1960s, I found myself in a quandary concerning digital radio broadcasting. The excitement I had experienced with the onset of stereo FM radio, the introduction of compact discs and that of digital editing and mastering simply was not there with the IBOC broadcasting system.
The audio quality, to my ears, was lacking and unimpressive, much like listening to MP3 audio.
Then, at NAB2005, I started to regain some excitement with digital radio after I heard FMeXtra.
This is a system for in-band, on-channel digital broadcasting using the existing SCA subcarrier portion of a standard FM broadcast channel. In simple terms, it could be called Digital SCA. California-based Digital Radio Express, a former partner of USA Digital Radio, developed the system. Radio World had reported on it when the system was first shown a year earlier in Las Vegas. The system, which caught the attention of many attendees, requires the purchase of an $8,900 encoder that can be installed in less than an hour’s time, on average. There are no licensing fees to use the FMeXtra system.
My interest was piqued upon hearing the audio quality of the transmitted signal, which uses the MPEG-4 accPlus version 2 codec. The system provides full 15 kHz audio bandwidth with minimal artifacts and an excellent signal-to-noise ratio that does not deteriorate with distance from the station.

The concept
The FMeXtra system uses that portion of an FM station’s channel where an analog SCA service would normally operate, from 55 kHz to 99 kHz. If a station is transmitting an RDS data signal, FMeXtra occupies from 61 kHz to 98 kHz.
A digital data stream of 56 kilobits per second can be transmitted when using the 55–99 kHz space or 48 kbps if using the 61–98 kHz region. It is possible to transmit one stereo channel at 48 kbps or two different stereo channels, each at a 24 kbps rate. Alternately, it would be possible simultaneously to transmit four or five mono channels at 10 kbps per channel.

The encoder
The FMeXtra F1 encoder is packaged in a compact rack-mount case 3-1/2 inches high. The heart of the encoder is a personal computer running Windows XP. The unit accepts digital audio input signals in either AES or S/PDIF format.
A keyboard, monitor and mouse connect to the rear of the unit. The output of the encoder connects via a cable with BNC connectors to the SCA input of the station’s FM exciter.__The encoder contains an internal hard drive and a CD-ROM drive so that software updates may be installed. Setup of the encoder is straightforward with operating parameters selected from the on-screen setup window. The company advises having a modulation monitor connected to the transmitter’s monitor sample port so that the injection level may be adjusted accurately. In our case, we used the Belar FM FMMA-1 Wizard monitor to make the adjustment.

Testing, goals and setup
With the cooperation of Digital Radio Express, we tested FMeXtra on two stations.
KNXR(FM) is a Class C, 100 kW ERP facility with the antenna at 1,056 feet HAAT; KRPR(FM) is a Class C3 with 3.2 kW ERP at 600 feet HAAT. Both stations are collocated on the same tower. We prepared nine hours of uncompressed music/talk programming on a computer using our BSI Simian automation software. We connected the computer to the input of the FMeXtra encoder. The encoder fed both stations simultaneously with a single 48 kbps digital stereo signal. An attenuator was placed in the feed to one exciter so that the injection level on both stations could be adjusted to be identical.
FCC SCA rules allow a 20 percent SCA injection level when combined with the main stereo channel. The main and SCA modulation combined may not exceed +/- 82.5 kHz peak deviation or 110 percent total modulation.
The FCC rules provide for 30 percent injection when transmitting without a stereo subchannel and pilot (mono) or when the main channel is not being modulated, such as overnight. We tested FMeXtra coverage at both 20 percent and 30 percent injection levels.
A 30 percent injection level with no main channel modulation provided an excellent opportunity to listen for crosstalk in the unmodulated main channel. We could not detect any crosstalk or birdies during any of our testing.
The next step was to drive around to hear how the system in a mobile environment.
We selected seven highways extending out from the tower at various azimuths. A magnetic mount 30-inch whip antenna was placed on top of our car with a prototype FMeXtra receiver on the front seat powered from the cigarette lighter socket. Audio from the receiver was fed into the car’s stereo system.

Coverage methodology
Our coverage criterion was the reception of a solid, dropout-free signal. An occasional dropout or two was disregarded as we traveled away from the transmitter tower. Once we began to experience many dropouts of the signal and it was obvious we had exceeded the useful coverage range, we turned around and drove back toward the tower until reception became solid and dropout-free again. We noted the geographic coordinates from the car’s GPS system where the signal became solid again. We re-drove some radials on a different date to make certain our data was repeatable. Once all of the data was collected, we noted each cutoff point and charted its distance and azimuth from the tower and then determined the HAAT to the termination point of solid reception. Using the tools on the FCC’s Web site, we calculated the signal strength at the termination point for each traveled radial and for each station.

Radios The FMeXtra digital system, however, is of little value unless there are radios to receive the signal. DRE says it would have a tabletop radio with a satellite speaker available called the Aruba priced at $150 in November ( www.dreinc.com). In my opinion, two additional radios will be required if broadcasters are to make the most of the FMeXtra system. A compact tabletop radio in a molded plastic case with built-in stereo speakers in the $79 to $89 price range would be ideal. An FMeXtra car radio converter is essential to gain automobile listenership. Two DAB car converters are sold in England (Revo and Acoustic Solutions) that could be used as models for an FMeXtra car radio converter.

Potential uses
A radio station could use FMeXtra to multicast one or two additional program channels. The station would have to promote and sell radios and car radio converters to its existing listeners. Alternately, there are groups, such as religious and ethnic organizations, that would like to have a radio station to program to their specific audience on a full-time basis. An FMeXtra channel could be leased to such interests. An AM radio station could simulcast its programming on an FMeXtra channel with better audio fidelity and, in some cases, better coverage both night and day. In summary, FMeXtra is an economical and quick way for an FM station to add additional programming channels and to begin digital broadcasting. Digital Radio Express claims that FMeXtra can be transmitted simultaneously with an IBOC radio signal without any cross interference. Note, however, that a receiver capable of receiving an IBOC signal will not receive the FMeXtra signal. Coverage to and beyond a station’s 60 dBu contour is attainable easily and the received audio fidelity is noteworthy. Again, the key to FMeXtra’s success and mass acceptance will be the availability of a variety of reasonably priced radios. Additionally, the FCC rules would need to be updated to accommodate digital SCA and its potential uses. Maximum digital SCA injection levels need examination for possible change from their analog counterparts.
All in all, FMeXtra has much potential.