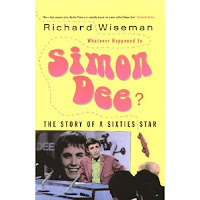 
Simon Dee: Broadcaster who made his name on pirate radio and epitomised the Swinging Sixties
September 2, 2009 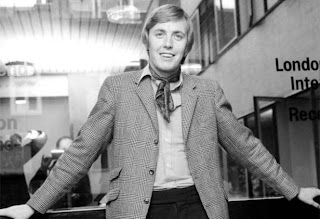 With his lanky frame, blond fringe, cheeky smile and floral shirts and ties, Simon Dee was among the most recognisable faces of the Swinging Sixties. His combination of lighthearted banter and music was a winning combination for both his radio programmes and his television series, Dee Time. However his fall from grace, which was largely of his own making, was spectacular and he never regained his popularity.
Simon Dee was born Cyril Nicholas Henty-Dodd in Manchester in July 1935. His father owned a cotton mill and was reasonably prosperous, but he divorced his wife after finding her in bed with two men. Dee was a boarder at Shrewsbury public school and made his first stage appearance in a school production of The Pirates of Penzance.
After his mother died of cancer in 1952, Dee lived with his father and joined the RAF. He took aerial photographs at the time of the Suez crisis, and, through his work with British Forces Radio, discovered a love for broadcasting.
Dee was demobbed in 1958 and opened a coffee bar, which cost him his savings. He undertook several jobs, with varying success, but was earning £25 a week plus commission as an estate agent when his friend the entrepreneur Ronan O'Rahilly offered him work on pirate radio, an exciting prospect but only paying £15 a week.
At the time, the Beatles had spearheaded a huge interest in British beat music and yet little of it was heard on the BBC's Light Programme. O'Rahilly decided to moor a boat three miles off the Essex coast - and hence outside territorial waters - in order to broadcast "pirate" radio.
Dee embarked in a deserted port in Dublin and likened the experience to being in a thriller. The station, known as Radio Caroline, began broadcasting on Easter Saturday 1964, and Dee presented the first programme. In fact, he presented most of the early programmes, and was on air for 50 hours a week. He used the name Simon Dee, which he came up with by combining his son's name with the first letter of his surname.
(continua)