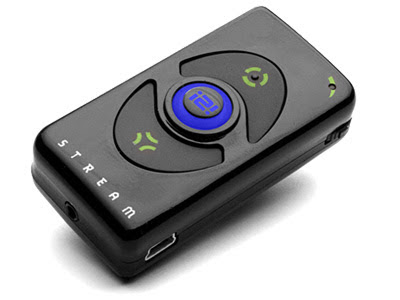 Actor Szmanda tunes in new role at radio station
May 17, 2008
By Antony Bruno

DENVER (Billboard) - When Clear Channel wanted to launch a format-free Internet radio station called erockster, executive VP/head of online music and radio Evan Harrison turned to his old friend Eric Szmanda for ideas. Best known for playing Greg Sanders on the hit series "CSI: Crime Scene Investigation," Szmanda at first seems like an unlikely choice for leading such a major initiative at the world's largest radio broadcaster.
But Szmanda's music background goes far deeper than your typical actor-turned-DJ. He's a former marketing rep at music company BMG, where he met and worked with Harrison; served as a music consultant on the movie "Life as a House"; and is a frequent club promoter through his side company Doop.
Billboard caught up with Szmanda to discuss his thoughts on Internet radio.

Q: Clear Channel isn't exactly well known for letting DJs do their own programming. Was that a concern for you when starting erockster?

Eric Szmanda: I was obviously super nervous about working for Clear Channel. If it wasn't for Evan I probably wouldn't be doing this. But I always loved the idea of working with the system to do something cool rather than just complaining about the system all the time. Even though we work with Clear Channel, we're not them. We're geared to give artists a chance to be heard, whether it be talking about music or playing live concerts or broadcasting multiple tracks off a record. It's not just playing one single.

Q: How much are you directly involved in the music programming?

Szmanda: All the music has been selected by me and our team. For the launch at Coachella (the Southern California music festival), we had three weeks to build our entire library from scratch and build out our Web site ... We didn't have any experience in radio. We don't know how the (radio) system works. Right now, we're working through some glitches because we have no idea what we're doing when it comes to programming. We don't want you to hear the same song every three hours.

Q: How is erockster different from what is heard on Clear Channel every day?

Szmanda: There are things you're not going to hear on erockster, which is basically the stuff you've heard enough of. There are some great hits which are hits for a reason, but they're going to be spaced out. You're going to hear the B-sides from them, remixes, mashups, a full concept album sometimes. We want to always be evolving the playlist. For us, heavy rotation is like once a day.

Q: Does your celebrity as an actor help erockster at all?

Szmanda: I'm trying to play down my involvement as much as possible. There are other actors out there who shall remain nameless who have radio shows out here in L.A. that if I saw their name on a flier advertising them playing a party, I wouldn't go. I don't want to be talking on the radio show. I just want to be the mediator between the listener and the artist. I'd like to think that all the work I did at BMG 12 years ago was kind of preparing me for this.

Q: Any plans to add new features to erockster?

Szmanda: We're going to be building our on-demand library by going directly to labels and management and working out deals where music will be available whenever people want it. That's the direction Internet radio is going, just like TV. That's what's going to keep people coming back for more. There's definitely another step involved in this, but I'm not going to talk about it yet.