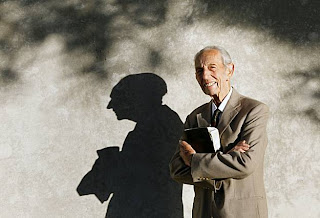 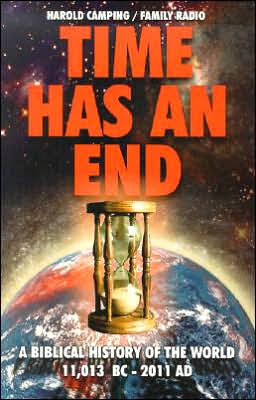 Harold Camping lets out a hearty chuckle when he considers the people who believe the world will end in 2012. "That date has not one stitch of biblical authority," Camping says from the Oakland office where he runs Family Radio, an evangelical station that reaches listeners around the world. "It's like a fairy tale."
The real date for the end of times, he says, is in 2011.
The Mayans and the recent Hollywood movie "2012" have put the apocalypse in the popular mind this year, but Camping has been at this business for a long time. And while Armageddon is pop science or big-screen entertainment to many, Camping has followers from the Bay Area to China.
Camping, 88, has scrutinized the Bible for almost 70 years and says he has developed a mathematical system to interpret prophecies hidden within the Good Book. One night a few years ago, Camping, a civil engineer by trade, crunched the numbers and was stunned at what he'd found: The world will end May 21, 2011.
This is not the first time Camping has made a bold prediction about Judgment Day.
On Sept. 6, 1994, dozens of Camping's believers gathered inside Alameda's Veterans Memorial Building to await the return of Christ, an event Camping had promised for two years. Followers dressed children in their Sunday best and held Bibles open-faced toward heaven.
But the world did not end. Camping allowed that he may have made a mathematical error. He spent the next decade running new calculations, as well as overseeing a media company that has grown significantly in size and reach.
"We are now translated into 48 languages and have been transmitting into China on an AM station without getting jammed once," Camping said. "How can that happen without God's mercy?"
His office is flanked by satellite dishes in the parking lot that transmit his talk show, "Open Forum." In the Bay Area, he's heard on 610 AM, KEAR. Camping says his company owns about 55 stations in the United States alone, and that his message arrives on every continent.

'I'm looking forward to it'

Employees at the Oakland office run printing presses that publish Camping's pamphlets and books, and some wear T-shirts that read, "May 21, 2011." They're happy to talk about the day they believe their souls will be retrieved by Christ.
"I'm looking forward to it," said Ted Solomon, 60, who started listening to Camping in 1997. He's worked at Family Radio since 2004, making sure international translators properly dictate Camping's sermons. "This world may have had an attraction to me at one time," Solomon said. "But now it's definitely lost its appeal."
Camping is a frail-looking man, and his voice is low and deep, but it can rise to dramatic peaks with a preacher's flair. As a young man, he owned an East Bay construction business but longed to work as a servant of God. So he hit the books. "Because I was an engineer, I was very interested in the numbers," he said. "I'd wonder, 'Why did God put this number in, or that number in?' It was not a question of unbelief, it was a question of, 'There must be a reason for it.'"

Camping is not the only man to see truths in the Bible hidden in the numbers. In the late 1990s, a code-breaking phenomenon took off, led by "The Bible Code," written by former Washington Post journalist Michael Drosnin.
Drosnin developed a technique that revealed prophecies within the Bible's text. A handful of biblical scholars have supported Drosnin's theory, lending it an air of legitimacy, and just as many scholars have decried it as farce.
One of Drosnin's more well-known findings is that a meteor will strike Earth in 2012, the same year some people believe the Mayan calendar marks the end of times, and the same year the "2012" action movie surmised the Earth's crust will destabilize and kill most humans.

By Camping's understanding, the Bible was dictated by God and every word and number carries a spiritual significance. He noticed that particular numbers appeared in the Bible at the same time particular themes are discussed.
The number 5, Camping concluded, equals "atonement." Ten is "completeness." Seventeen means "heaven." Camping patiently explained how he reached his conclusion for May 21, 2011.
"Christ hung on the cross April 1, 33 A.D.," he began. "Now go to April 1 of 2011 A.D., and that's 1,978 years."
Camping then multiplied 1,978 by 365.2422 days - the number of days in each solar year, not to be confused with a calendar year. Next, Camping noted that April 1 to May 21 encompasses 51 days. Add 51 to the sum of previous multiplication total, and it equals 722,500. Camping realized that (5 x 10 x 17) x (5 x 10 x 17) = 722,500. Or put into words: (Atonement x Completeness x Heaven), squared. "Five times 10 times 17 is telling you a story," Camping said. "It's the story from the time Christ made payment for your sins until you're completely saved. "I tell ya, I just about fell off my chair when I realized that," Camping said.
James Kreuger, author of "Secrets of the Apocalypse - Revealed," has been studying the end of times for 40 years and is familiar with Camping's work. While Kreuger agrees that the rapture is indeed coming, he disputes Camping's method. "For all his learning, Camping makes a classic beginner's mistake when he sets a date for Christ's return," Kreuger wrote in an e-mail. "Jesus himself said in Matthew 24:36, 'Of that day and hour knows no man, no, not the angels of heaven, but my father only.' "

'It is going to happen'

Camping's believers will have none of it.
Rick LaCasse, who attended the September 1994 service in Alameda, said that 15 years later, his faith in Camping has only strengthened. "Evidently, he was wrong," LaCasse allowed, "but this time it is going to happen. There was some doubt last time, but we didn't have any proofs. This time we do." Would his opinion of Camping change if May 21, 2011, ended without incident?
"I can't even think like that," LaCasse said. "Everything is too positive right now. There's too little time to think like that."