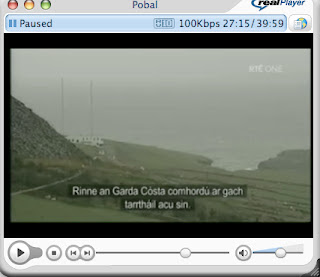 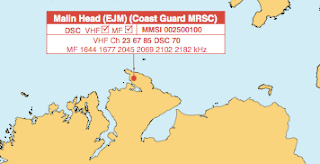 Both Malin Head and Valentia Marine Rescue Co-Ordination Centres (MRCC) are to be phased out as part of a new government plan, which will see the relocation of MRCC to a new centres in Drogheda and on the west coast (at Cork, Ennis or Galway).
A spokesperson for the outraged workers told the 'Journal' yesterday;: "This is a total reversal of an earlier decision by Minister Dermot Ahern TD. In July 2003, he announced plans was to close the MRCC in Dublin and upgrade rescue centers at Malin Head and Valentia. We were told that that proposals for upgrading Malin Head and Valentia were to be finalised mid 2005 and expected to be in operation by mid 2007. Now, in the last few weeks we've learned that these plans have suddenly been scrapped. We can't understand where this reversal of policy has come from. The MRCCs handle between 1,700 and 1,800 incidents each year, up to 1,300 or so involving emergency rescues. We cover the north and west coasts at Malin Head and we play a vital role in co-ordinating about 400 rescues each year. This year alone, we've responded to 343 calls so far, more than 100 of which involved the search and rescue helicopter from Sligo."
Staff say the reasons given by management for the re-think do not stand up to scrutiny. The spokesman said: "They say that the centres need to be in urban locations to be near shops, schools and universities. But we have these, in Malin, Carndonagh, Letterkenny and Derry. They say there's a problem with communications at Malin Head. But Eircom tell us there is no problem getting high-speed lines to Malin Head. Also the Irish Aviation Authority has communications radar at Malin Head covering aircraft out into the North Atlantic. If these lines are safe enough for aircraft they should be safe enough for ships! Finally, management claim that it is difficult finding staff willing to work at Malin Head. But there has never been a problem recruiting staff for Malin Head.
"There is a large resource of people from the fishing and marine industry based in Donegal. There were over 50 applicants for the last job advert for Radio Officers in the Irish Coast Guard. We feel that there are major questions to be answered as the result of this latest decision by Minister Dempsey.
"Why this change in policy - a total reversal of an earlier decision by Minister Dermot Ahern? There was no consultation with staff about this latest about face. This is totally against government policy on decentralisation and regional development. Why move jobs from rural areas in Donegal and Kerry to urba
n locations in Drogheda, Cork, or Galway? The management's plan is that the stations at Malin Head and Valentia are to be retained as Irish Coast Guard locations but not as rescue centres. Why build two new rescue co-ordination centres when they already exist at Malin Head and Valentia? These two centres would just need to be upgraded. The cost involved would be minimal in comparison to building two new centres."
Historically Malin Head is the oldest operating radio station in Europe and should be allowed to continue. Why close a station that has been operated flawlessly for well over 100 years? The spokesman concluded: "We, the staff, feel very strongly that all efforts should be put in place to reverse this decision. We intend to canvas the maritime community, political representatives, trade unions, media, civic and regional interests. Please give us your support!"
http://www.derryjournal.com/inishowen/Shock-at-closure-of-Malin.3426563.jp

Kerry County Council has unanimously decided to oppose the closure of Valentia Island's coastal radio station, in support of a campaign by islanders. 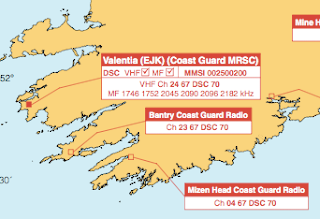 The councillors described the move to close the station as 'anti rural thuggery by Dublin-based bureaucrats'. The Coast Guard and the Department of Transport are proposing to close Valentia's coastal radio station as well as Malin Head radio station, and then combine both in a new station at an urban location.
Advertisement Kerry County Council has decided to form a joint approach with the Donegal County Council against both of the proposed closures.
Kerry County Manager Tom Curran described the Department of Transport's proposal as 'ridiculous' and having no logical reason. Mr Curran told Kerry County Council this morning that it was frustrating and a vote of no confidence in the county when it is trying to create highly skilled jobs. He said the county is having the rug pulled from under it by a policy with no logical reason and that does not make sense. Together with the Mayor of Kerry, Mr Curran had met a delegation of islanders protesting against the proposed closure and the removal of operations to an urban centre. The islanders see the closure attempt as anti-rural bias, particularly as the Coast Guard proposal suggested that staff and their families would have better lifestyles in an urban centre. The ESB and Eircom have contradicted Coast Guard claims that technology at Valentia is outdated. Valentia Island was where the first transatlantic telegraph cable was landed and the islanders are very proud of their involvement in maritime radio services and emergency rescues.
Story from RTÉ News:
http://www.rte.ie/news/2008/0218/valentia.html

Marine Minister Noel Dempsey broke his silence on Malin Head coast guard station and pledged officers will not be forced to move or lose jobs.
But his promises have raised Inishowen TD Joe McHugh's eyebrows. He believes workers will have no choice but lose their jobs if they are faced with relocation or voluntary redundancy. Last week the 'Journal' ignited a campaign with Malin Head community Association to Save our station (SOS) from threatened closure. We want to help keep the 18 jobs in the area and the life-saving station which has helped rescue more than 4,000 people in the last ten years.
But plans by Minister Dempsey's department may see the 106-year-old station sunk if it is relocated to the West Coast. Deputy McHugh put the minister under the spotlight when quizzing him during parliamentary question time in the Dail last week. When asked if jobs at Malin Head and Valentia coast guard stations are safe, he replied: "It is my intention that the Irish Coast Guard and Maritime Administration will be strengthened on an ongoing basis over the coming years.
"My ambition is to put in place a service that will fully meet the needs of this country well in the 21st century. "These recent decisions referred to have been taken to reflect the future optimal configuration of co-ordination centres whilst ensuring that the detailed technical knowledge and experience of the Coast Guard Watch Officers is retained and fully utilised.
"I want to restate again that no Officer will be forced to move or lose their job. The transition arrangements for new centres, including the functions to continue at Malin and Valentia, will be negotiated with staff to ensure there is no loss of expertise." He said he wanted to modernise the Irish coast guard and the coast guard restructuring is 'aimed at improving the efficiency of a key public service'. He added: "My Department is in the process of evaluating options and this includes examining the similarities in service provision in the Department and its agencies - particularly in the safety area - to consider whether there are duplicating or overlapping functions which could be more efficiently delivered through the amalgamation, abolition or reduction of bodies, or pooling services.
"The position in relation to Coast Guard services is being considered in that context and with the benefit of the many comments that I have received since the restructuring proposal was announced. I can assure the Deputies that all the views expressed will be taken into account before a west coast location is determined." Deputy McHugh told the Journal: "Well he is saying no jobs will be lost. I think it is fair to say that that is disingenuous. On the one point he is correct in saying no one is going to lose their jobs but they will probably be offered relocation or, possibly a voluntary redundancy. But at the same time no one is going to be asked to quit their job. "The danger is Malin Head is going to be downsized and this is detrimental."
The fight to save Malin Head rumbles on and if you would like to sign the Journal's petition to save our station then email donna (dot) pryce (at) derryjournal (dot) com.
http://www.derryjournal.com/inishowen/Coast-Guard-jobs-wont-be.3742404.jp