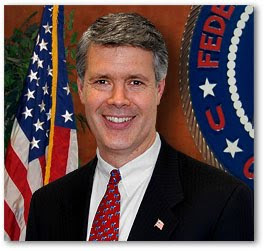 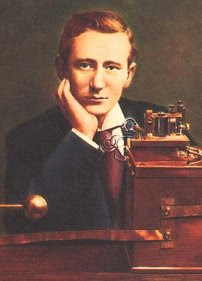 Remarks of FCC Commissioner Robert M. McDowell
CELEBRATIONS OF GUGLIELMO MARCONI
on the centenary of the awarding of the Nobel Prize
GUGLIELMO MARCONI: RADIO, THE NOBEL PRIZE, AND 100 YEARS THAT CHANGED THE WORLD

Buongiorno a tutti, e specialmente al Presidente Giorgio Napolitano. Grazie a Enrico Manca per avermi invitato, mi spiace di non esserci.
Today, we take for granted that signals, depending on the frequency used, can travel across the Atlantic Ocean and well beyond. At the turn of the century, however, anyone who even thought about this idea did so because of the work of Guglielmo Marconi. His 1901 experiment to pass signals across the Atlantic Ocean was bold and creative – truly a pioneering step toward our modern systems of radio communications and radio broadcasting. Perhaps we could have expected that Marconi’s work would bring people across the world together -- he was the son of an Italian father and Irish mother, and his key early radio experiments linked a variety of countries together -- Ireland, Britain, the U.S. and Canada, as well as Italy.
I hope you will share my appreciation for the parallels between the radio boom of the 1890s and the current explosive growth of broadband. Both were new technologies, little understood, but about to emerge with unpredictable force. In his lifetime, it is doubtful that Marconi could have conceived the full effect of his experiments – the exponential growth and, ultimately, the ubiquitous nature of wireless radio. Indeed, today, wireless is the fastest growing segment of the broadband market. This is true even though, no fewer than five short years ago, the idea of wireless broadband was rarely mentioned.
Just as in Marconi’s time, today’s marketplace is all the more exciting because of the real and ongoing opportunities for entrepreneurial brilliance -- producing new devices and new applications that are as yet unimaginable. The wonderful news is that hundreds of millions of lives will be improved due to these new uses of spectrum. In less than a decade, our focus has shifted away from a concern that half of the world’s population had never even made a phone call, to now knowing that more than half of the world’s 6.8 billion people own their own phone. No other technology has penetrated that deeply, that quickly.
Marconi’s revolution is truly awesome. For instance, mobile technologies are making it far easier for impoverished farmers to find buyers for their crops, villagers to locate drinkable water, the poor to open bank accounts for the first time, and parents to find medical treatments for sick children. New uses of radio frequencies have improved not only the quality of life for individuals, but have been instrumental in making it easier for public safety officials to communicate with each other and with their communities during emergencies. In this regard, even though he could not have foreseen all possible uses, Marconi did understand the importance of wireless for public safety purposes: the Marconi Company employed the two telegraphers on the Titanic, who were lauded (posthumously in one case) for saving many lives by wirelessly signaling for help.
Given his continued relevance today, not to mention his invaluable contribution to society, it is fitting to honor Marconi, and to recognize and celebrate his achievements. I am pleased to be with you and thank you for your kindness in permitting me to join the festivities. I hope to have an opportunity to visit with you in your beautiful city again soon.